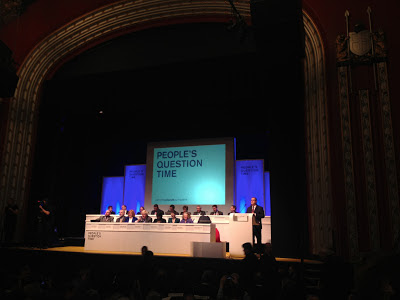 Last night Boris held one of his People's Question Time events in Catford (because he has to rather than because he wants to). Let's just say it didn't go too well for him....

Here are my collated tweets.

And I also recorded the whole thing. This was on a phone on my knee so apologies if sometimes the clapping and shouting of those around me gets a bit too loud! You can hear most of it though. It starts with the booing as Boris comes in.

@darryl1974's audioboo of Boris getting a bit cross.