Posted by Unknown at 9:30 am No comments:

Operation Safeway and me 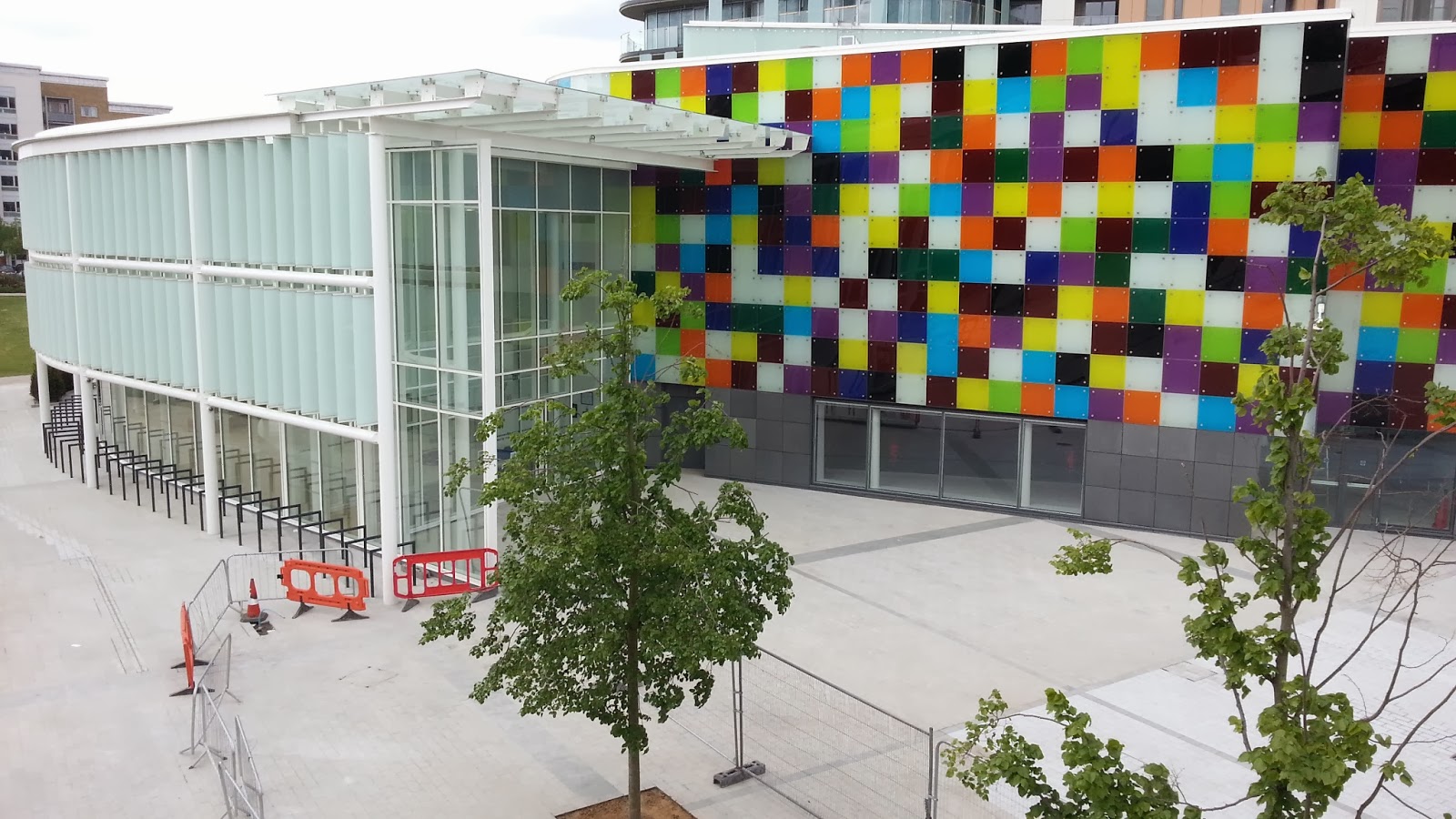 In November last year, six cyclists were killed on London's roads within the space of two weeks.  This prompted the Met to launch "Operation Safeway", an initiative designed to put police officers at key junctions across London to dish out advice to cyclists and drivers about cycle safety. In Lewisham (to my eyes) this mainly seemed to involve standing around at Loampit Vale and at Courthill Road, occasionally talking to cyclists and ignoring drivers who stopped in the cycle boxes at these junctions...

A couple of weeks ago the police revealed the results of Operation Safeway. Lots of advice was given out as well as some fixed penalty notices for not having lights, cycling on the pavement etc. More FPNs were given to drivers than cyclists overall, which is something I suppose.

I thought now might be a good time to write about my own experiences with Operation Safeway and what happened next... I use both Courthill Road and Loampit Vale. At Courthill Road I cycle on the road. Despite it not being a particularly pleasant junction, I've never felt that unsafe there. At Loampit Vale it's a different matter. Shortly after I started cycling to work back in June a cyclist was killed at the junction there with the driver of the car failing to stop. The roundabout that has to be navigated if you're coming from Catford is also pretty unpleasant. But there's an alternative - the Waterlink Way, or London Cycling Network route 21, is Lewisham council's flagship cycling route. They even produce a fancy leaflet to encourage people to use it. It's also part of the national cycle network, which I believe is operated by SusTrans. When I cycle to work, I use LCN21 to avoid the roundabout, and cross using a pedestrian/cycle shared crossing at Thurston Road to continue on the Waterlink Way up to Deptford. This part of the route passes the new Glass Mill leisure centre and is shared space for cycling and walking. 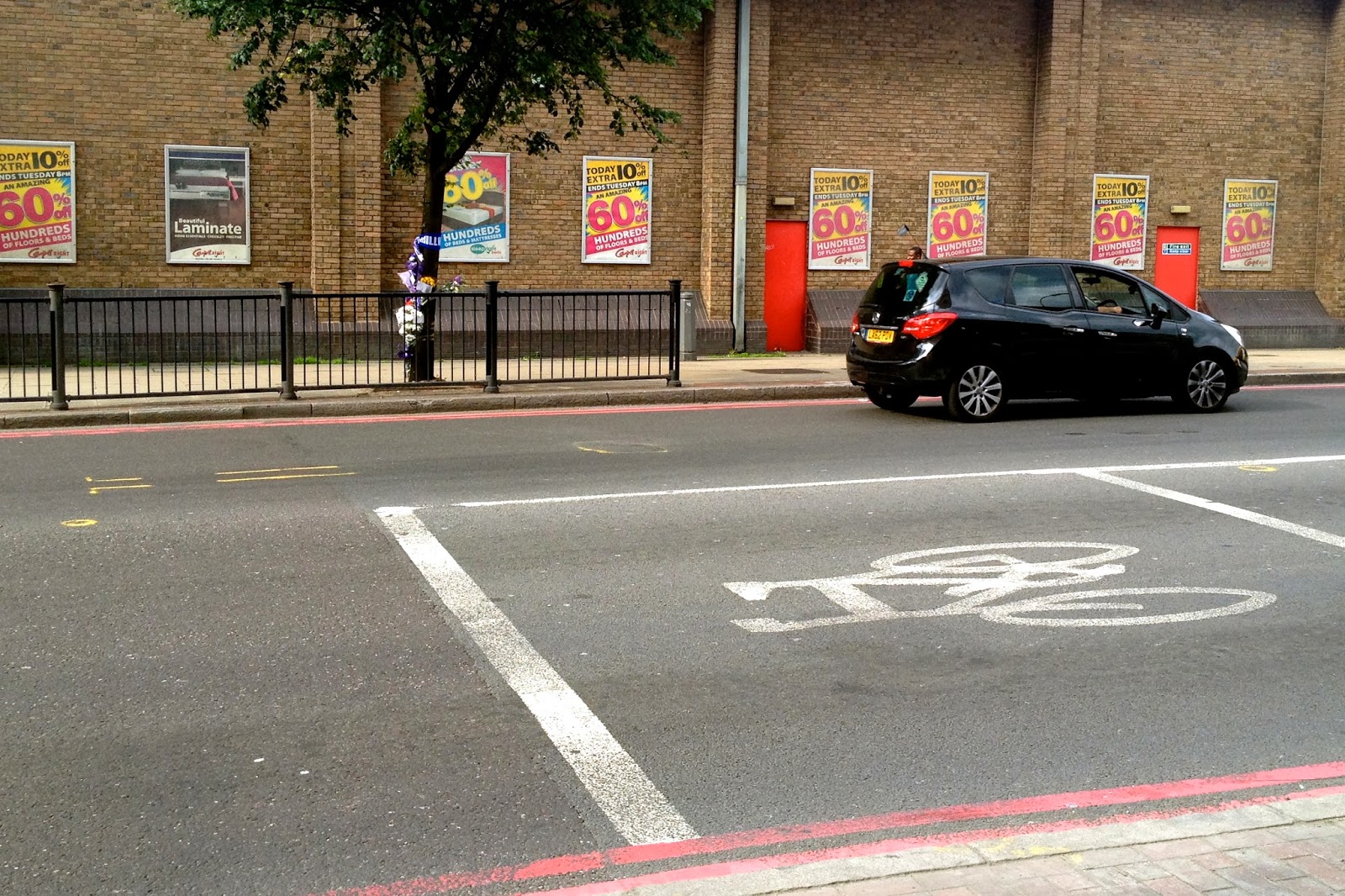 I came across the police monitoring this route on 2nd December in the evening, when I was stopped by an officer who told me I wasn't allowed to cycle on the pavement there. I pointed out that it was shared space and was allowed to continue on my way. However, I decided to take it up with the council and London Assembly members, as I felt that if the police carried on telling cyclists they had to use Loampit Vale and the roundabout that would be dangerous. I emailed four assembly members and my local councillor on 3rd December. I had an immediate response from Caroline Pidgeon, Deputy Chair of the Transport Committee saying that she would take this up with Transport for London. Lewisham Council also took up the case with the Met. I also heard from Val Shawcross within a few days, saying that she'd had a number of similar complaints from across London and that she'd raised it with Boris's cycling commissioner, Andrew Gilligan. He'd also received a number of complaints. Darren Johnson and Jenny Jones also raised the issue in the assembly through the Police and Crime Committee. I passed the info on to the London Cycling Campaign too. They also raised it with the Met.

I heard from Caroline Pidgeon again last week when the Met came back to her with some further information about their briefings for LCN21. This is what they said:


"We have had at least one of the sites where our officer has misdirected cyclists from what was in fact a shared space on the pavement onto the road. That was brought to our attention.  One of the traffic inspectors visited the site and saw that we were wrong and we put it right for the briefing for officers there later." A full transcript of the session can be seen here – the discussion about cycling starts about half way through.

The Met have now provided further detail to say that:

"The additional briefing was specifically about the correct use of LCN21.  It was done by 2pm on 3 Jan.  It contained detailed instruction on LCN21 and how it operates at this location.  It also contained several photographs of the location and the signs.  The briefing also highlighted the circumstances of the fatality in June."

I hope that the briefing was done by 2pm on 3 December rather than January, otherwise we've had a whole month of the police sending people the wrong way in Lewisham...

I was impressed with the response from the council, LCC and 3 of the 4 assembly members who got back to me. And I'm glad that the Met have changed their briefing too. I'm still waiting for Len Duvall to reply to my email.

Update 30 Jan: Len Duvall's office contacted me to say they couldn't find a record of my email and could I please resend it. I did, pointing out that the issue was pretty much sorted for now. I received a long and detailed response about all sorts of things to do with cycling in Lewisham. But that's for another post.
Posted by Unknown at 7:01 pm No comments: