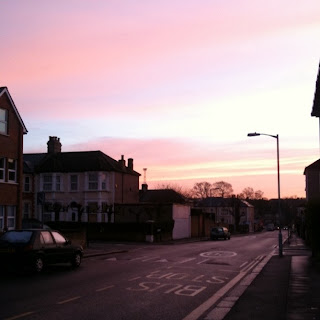 The next Catford South ward assembly is being held on 6th June at St. Laurence Community Centre, which is on Bromley Road. If you live, work or study in the ward then this meeting is open to you and according to the leaflet which dropped through my door this morning will cover the following things:

An update on Conisborough College students' feasibility study on improving the area around Sandhurst Rd/Sangley Rd/Muirkirk Rd. Some of the Year 8 students will make a short presentation on their work so far.

An update from the Lewisham public health team, newly moved into Lewisham council, on work on health and wellbeing in Lewisham and (possibly) also an update on the Lewisham A&E situation.

Feedback on topics raised as priorities for the area at the last assembly will also be given, along with an update on how ward assembly funding is changing in 2013/14 and how to bid for funding for projects for the area (based on the 4 priority areas identified - streetscape and environment; activities for children and young people; antisocial behaviour and crime; roads, transport and parking.)

Contact Lucy Formolli, who is the Catford South Assembly officer at the council if you want more information. (email lucy.formolli@lewisham.gov.uk, telephone 020 8314 6314).

Posted by Clare Griffiths at 10:20 am