Lewisham Council announced last week that it plans to put "pop up housing" on the site of the former Ladywell Leisure Centre, to provide temporary homes for 24 families, plus some community facilities. The plan is that the housing would remain on the site for no longer than four years. There would be eight ground-floor non-residential units.

The council have published some details of the scheme, including the following images, which I have downloaded from their website: 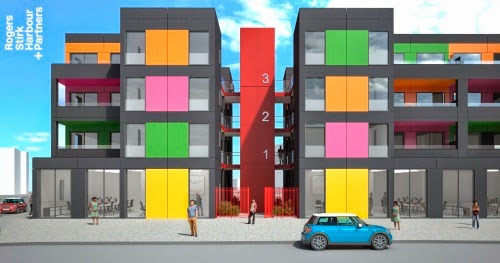 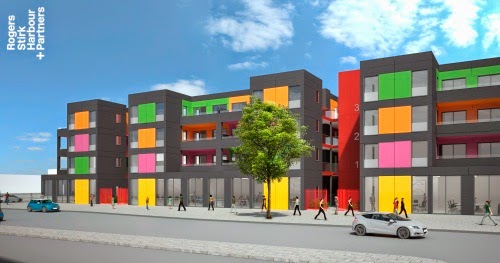 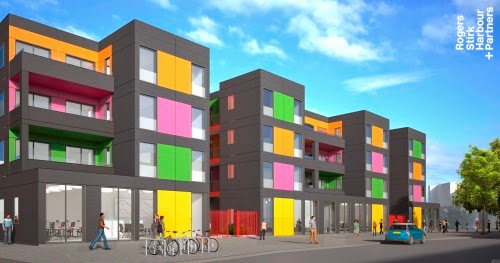 The units are constructed off site, which means that the first residential units could occupied by late summer. The units can also be taken down and used elsewhere, hence the term "pop up", which I hate with a passion, by the way. You can meet the architects on January 24th, at Lewisham library between 2 and 4pm.

It might not have escaped your attention that this is essentially pre-fabricated housing. I wonder why the council have shied away from using the term prefab? Could it be because it has authorised the demolition of the Excalibur prefab estate, which provided 187 two bedroom houses on its site in Catford? These houses were intended to last 10 years, but a large number still stand today.

However, the demolition has begun and in December I took a wander round the site to see what it looks like now.

A large part is boarded up, with signs like this at the gates. 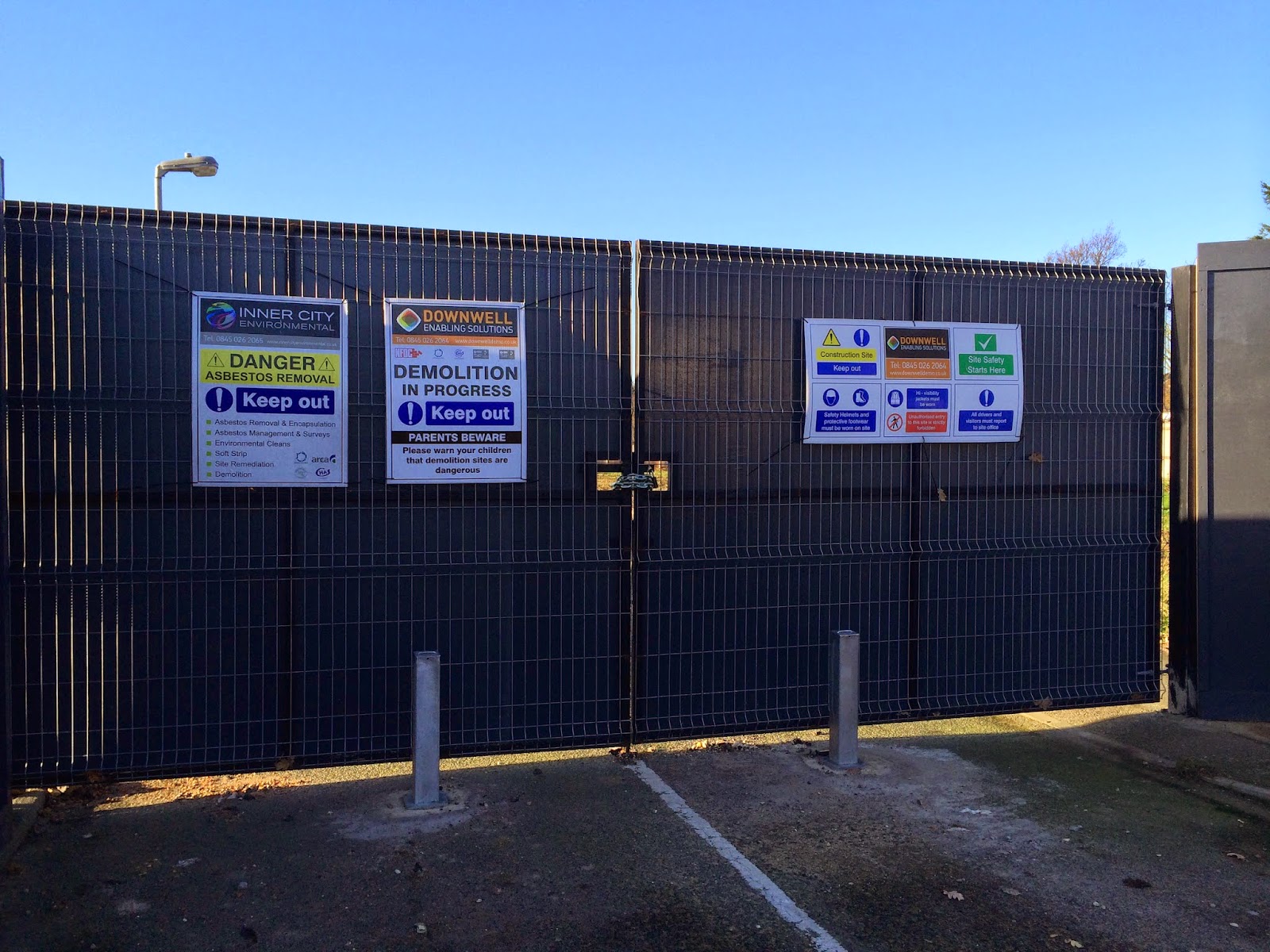 Peer through the gates and this is what now remains: 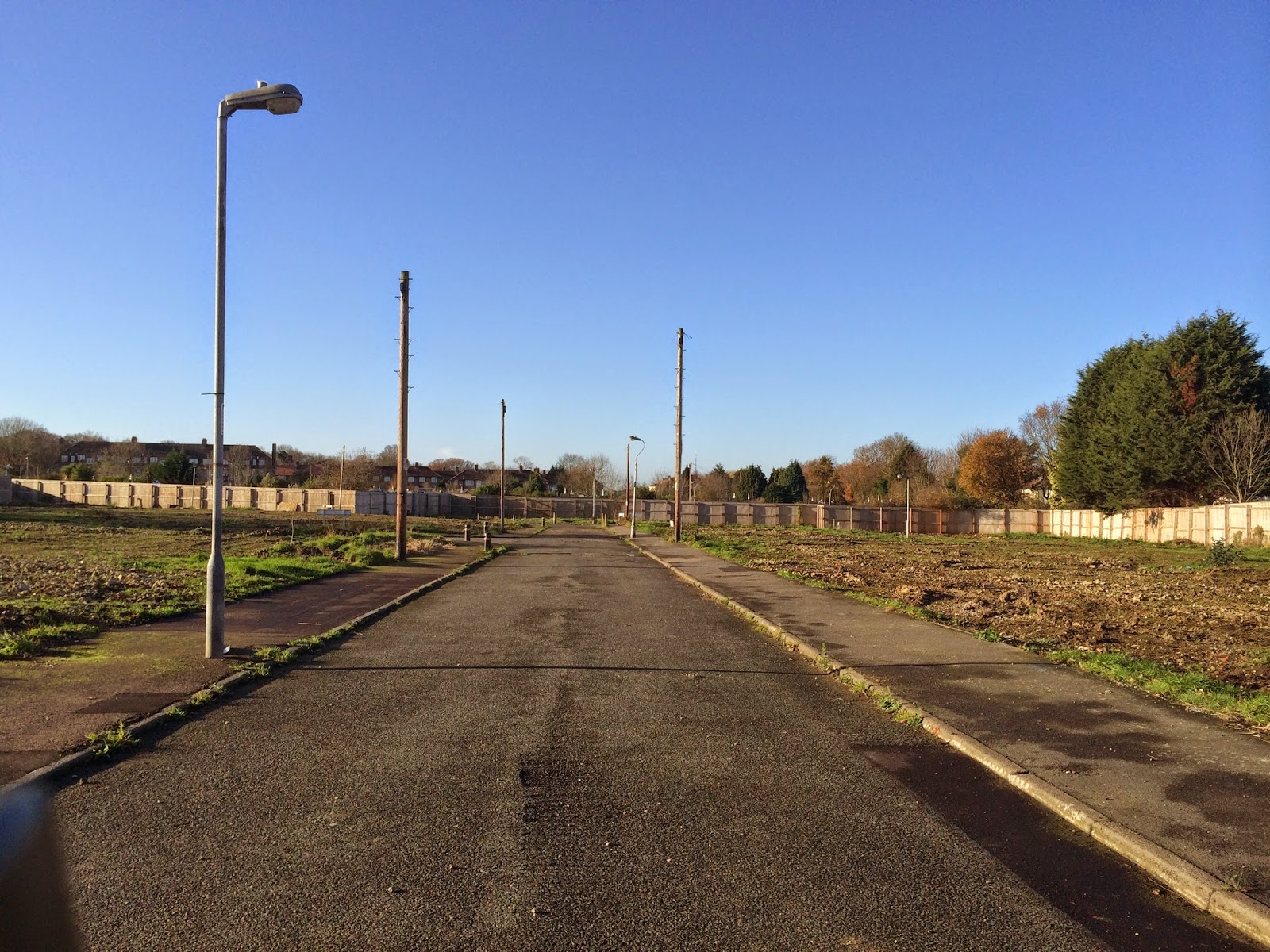 This was Mordred/Wentland/Ector Roads, which once looked like this: 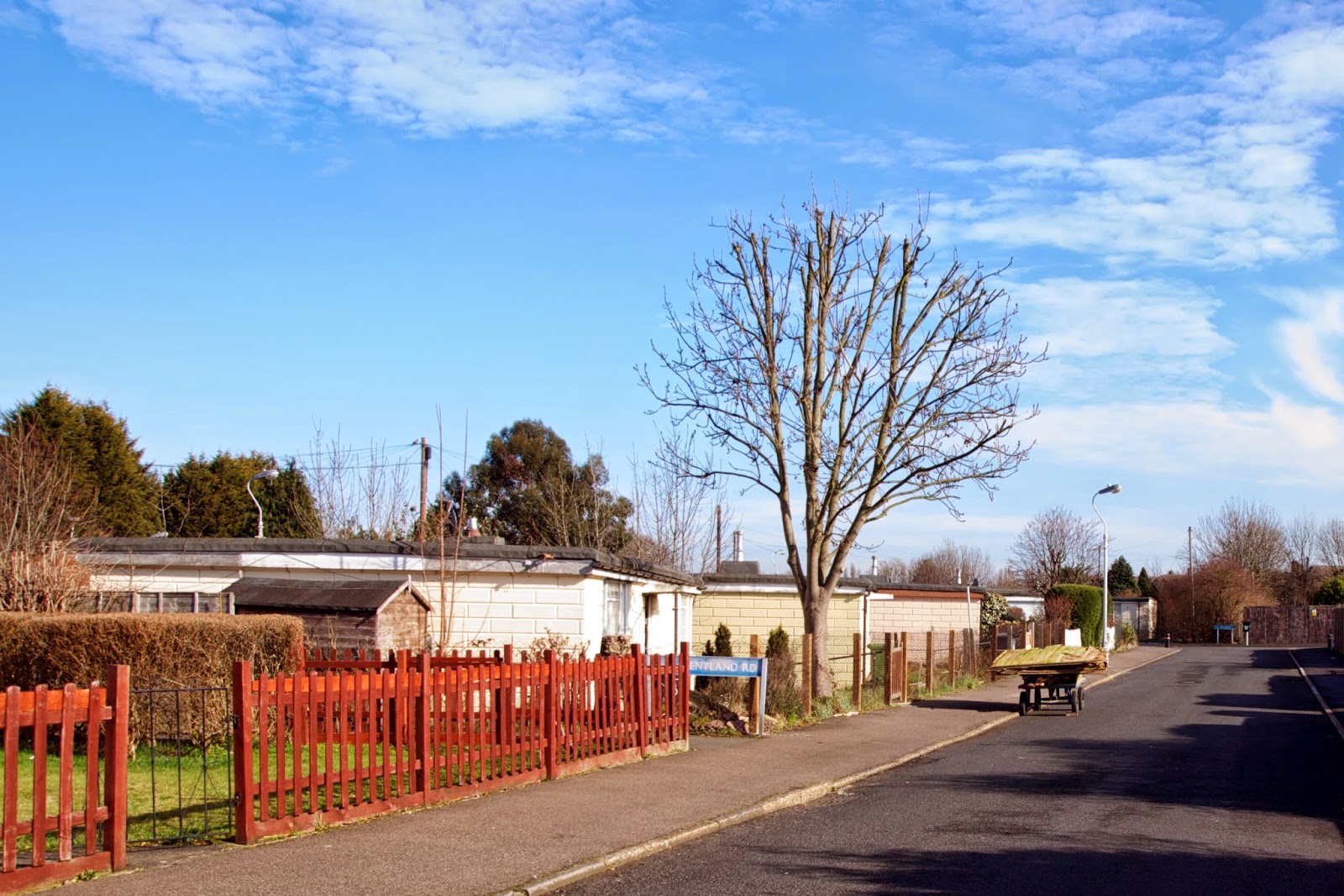 It looks very eerie now, with the lampposts and telegraph poles the only hints as to what was there. 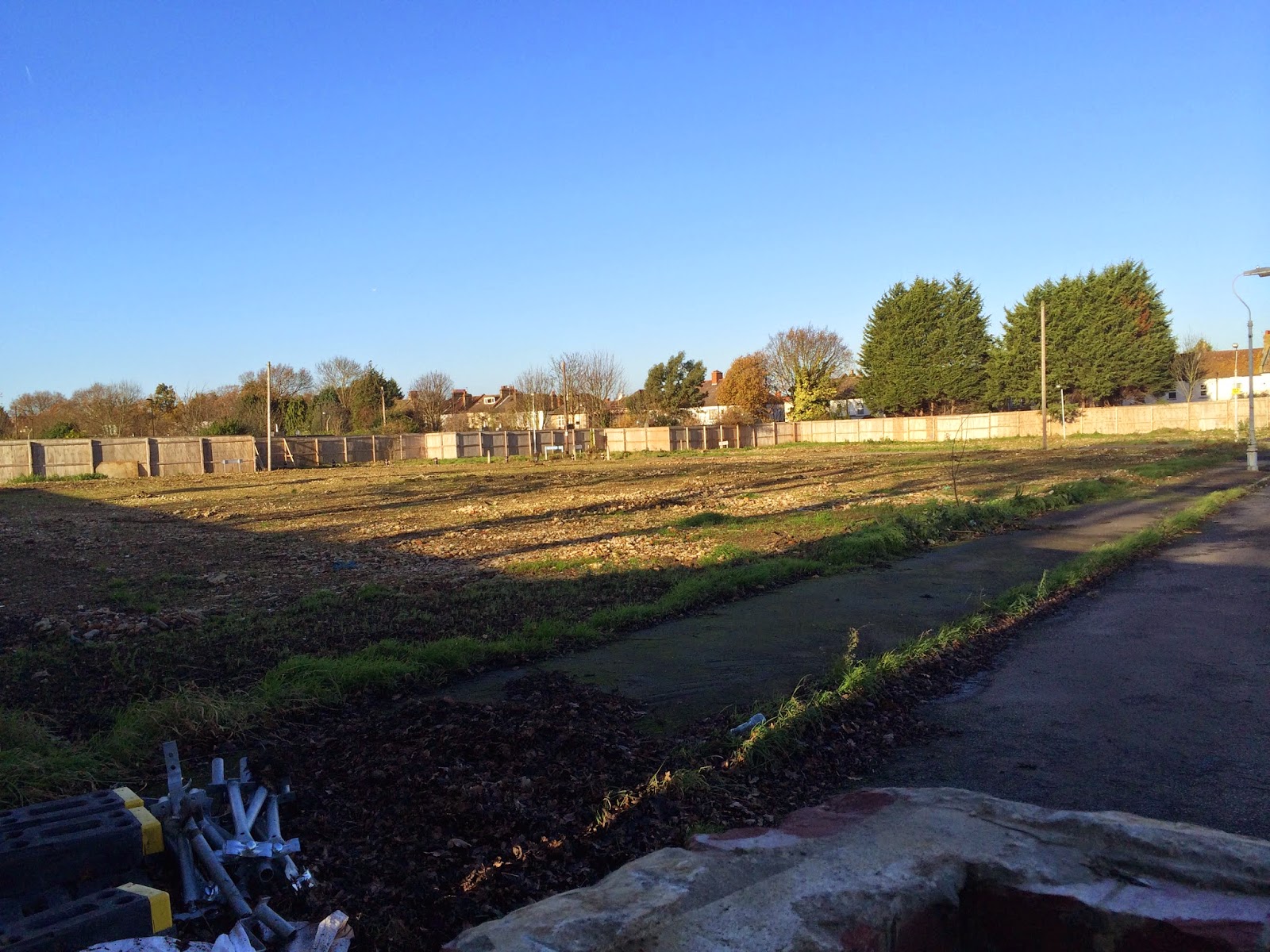 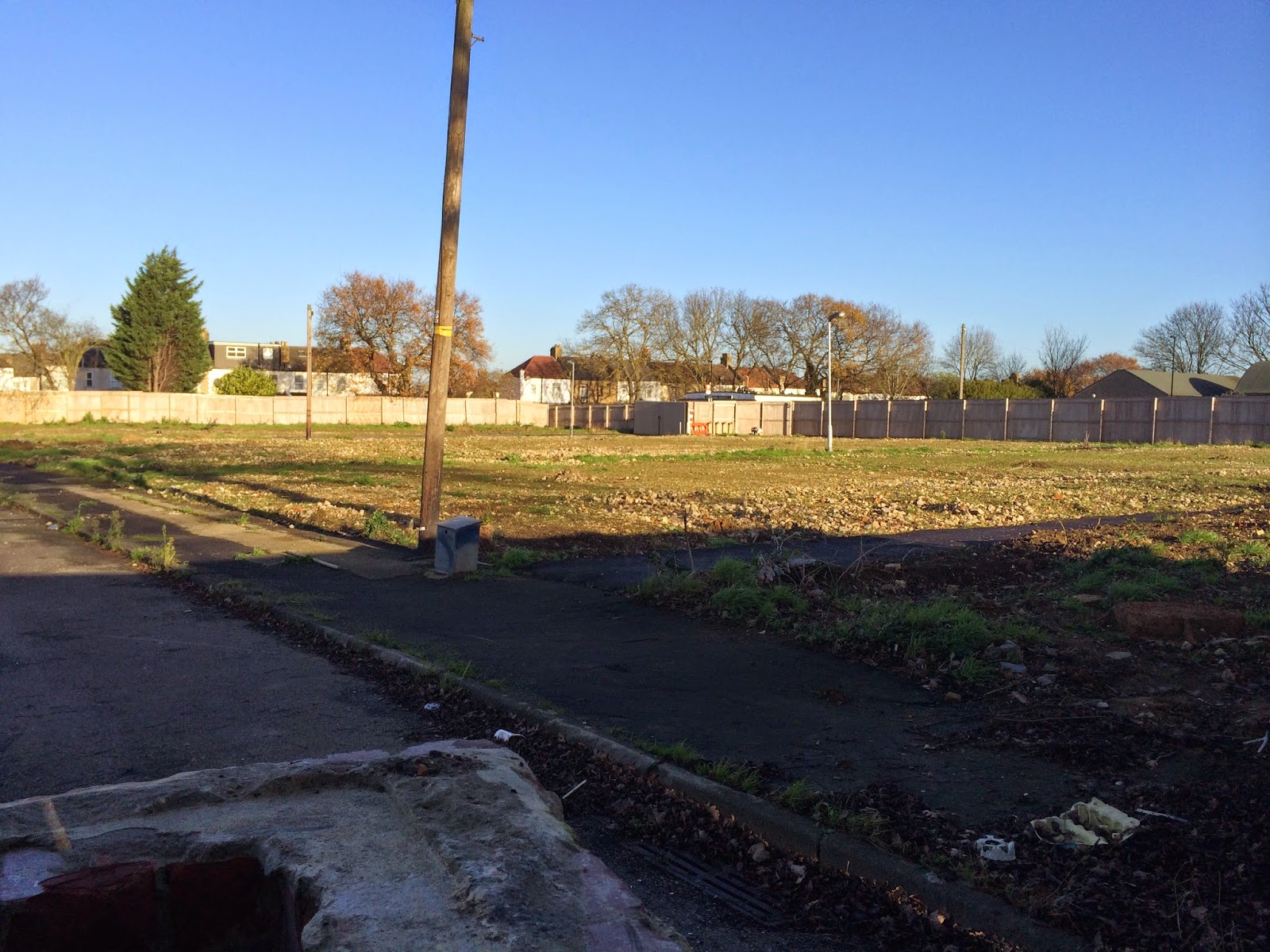 The former prefab museum is in a sorry state after last year's fire: 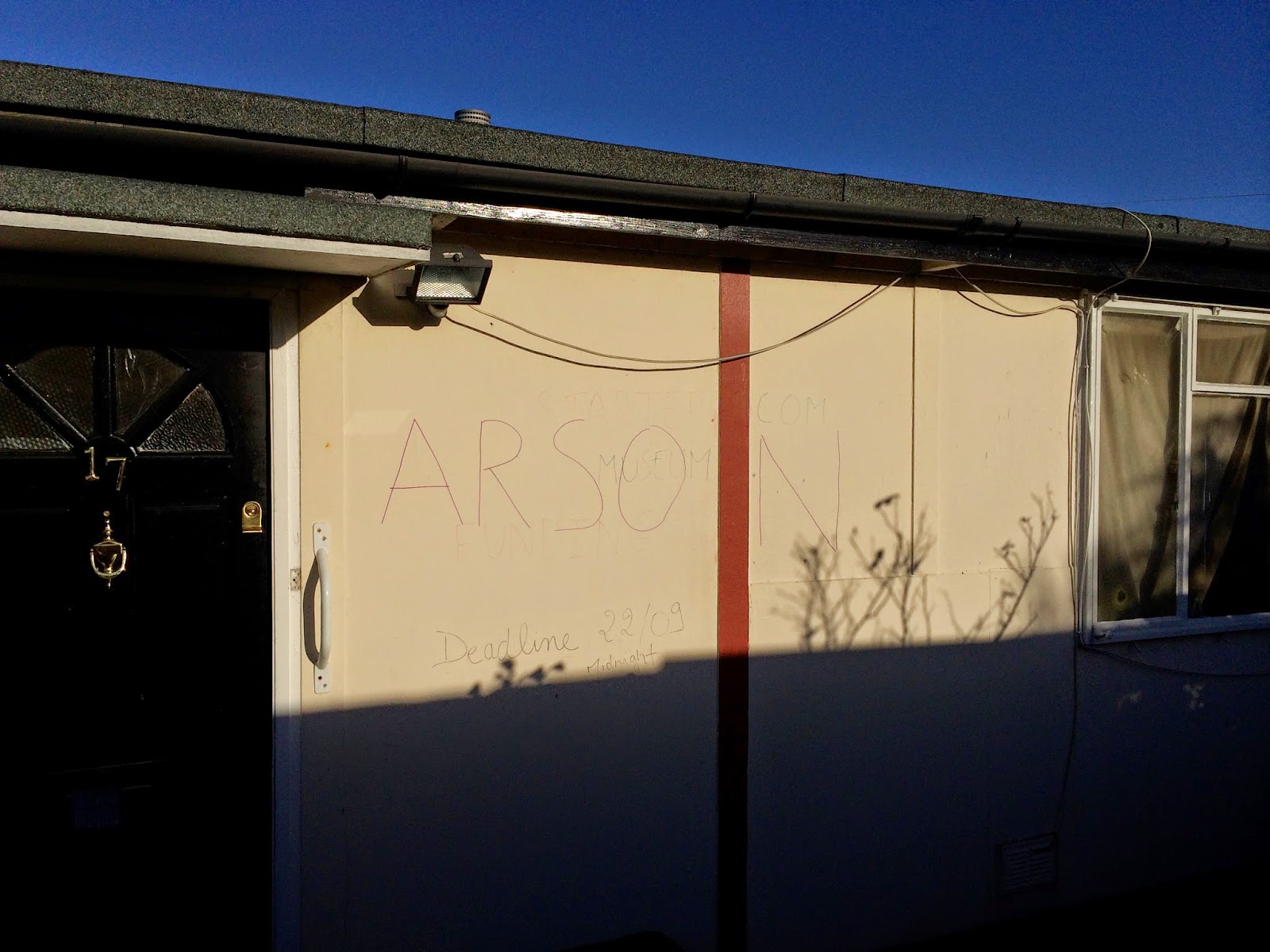 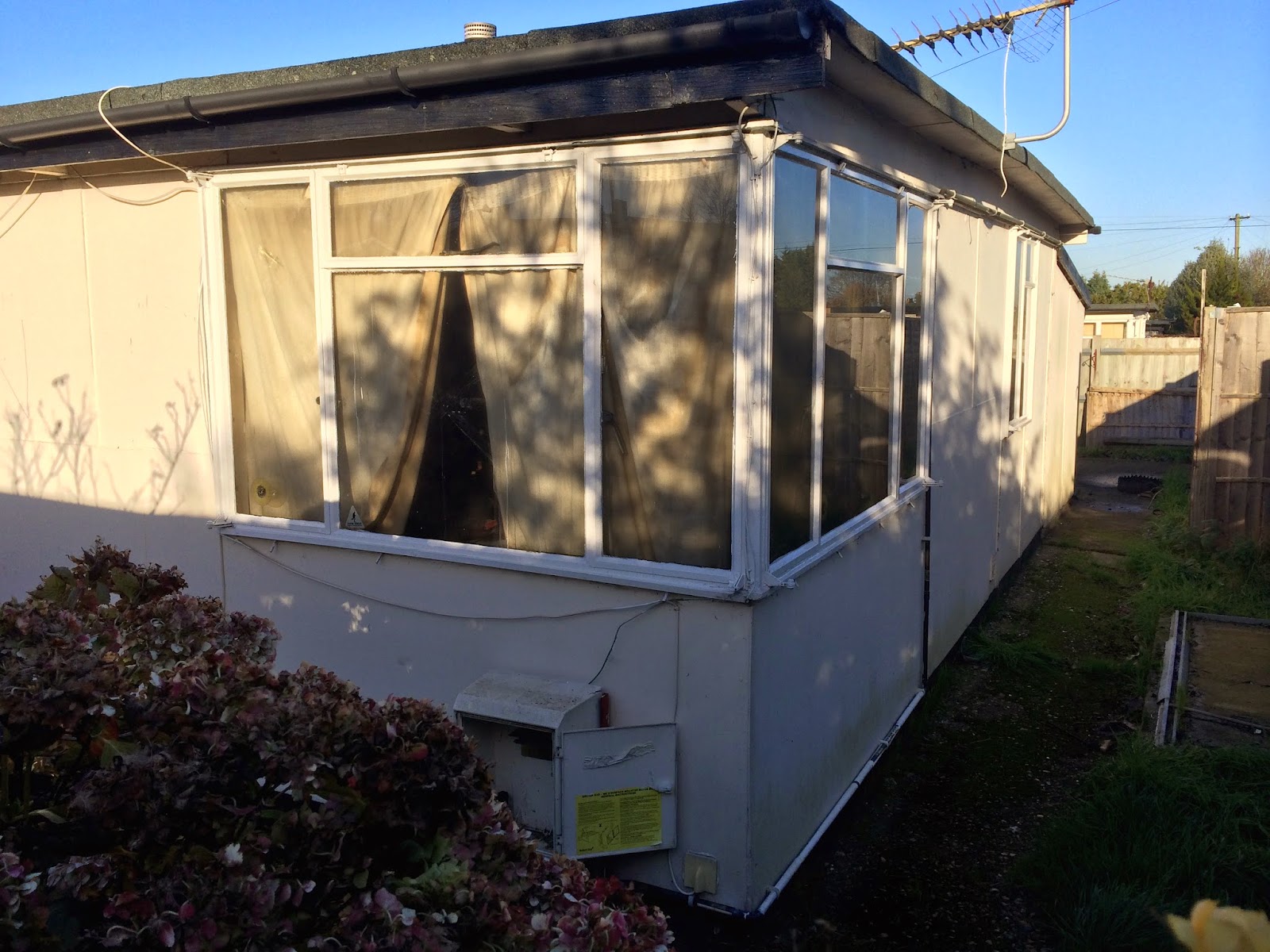 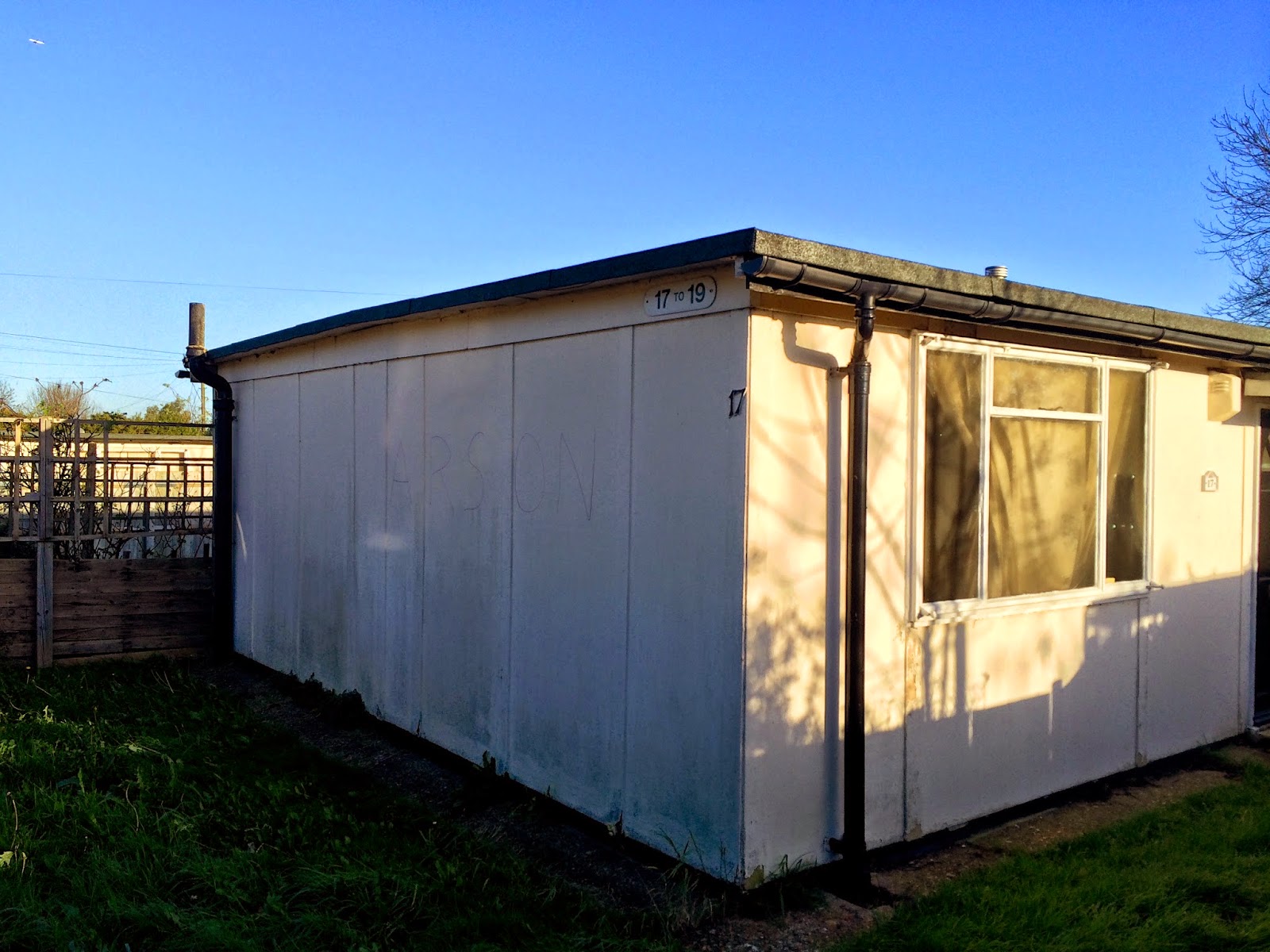 Though for the moment this artwork remains next door: 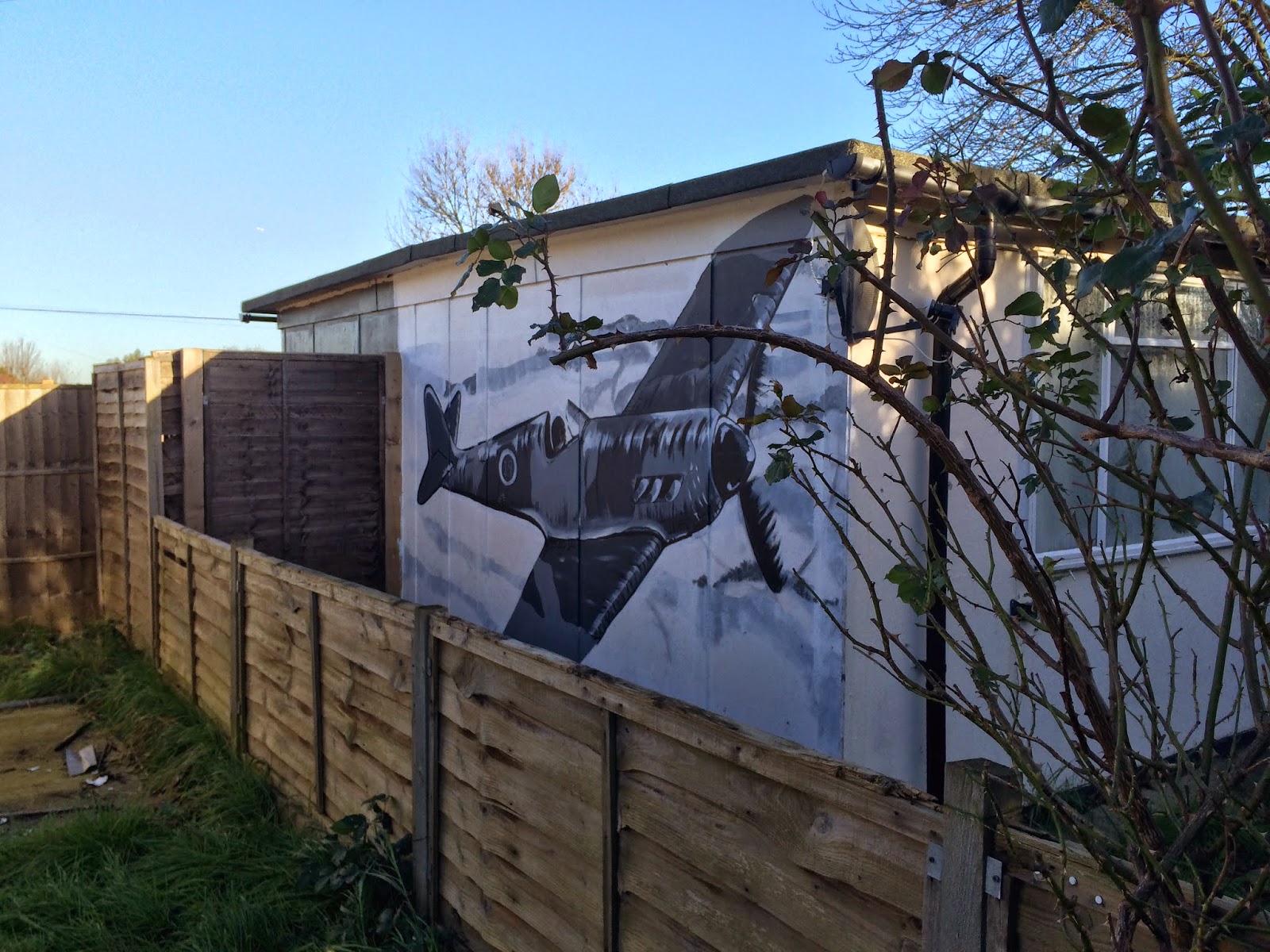 In December those behind the prefab museum decided not to look for a space to reopen in one of the prefabs that's still there. I assume the money raised by the kickstarter will be used elsewhere.

Some of the prefabs still look well cared for, like this one did a couple of years ago: 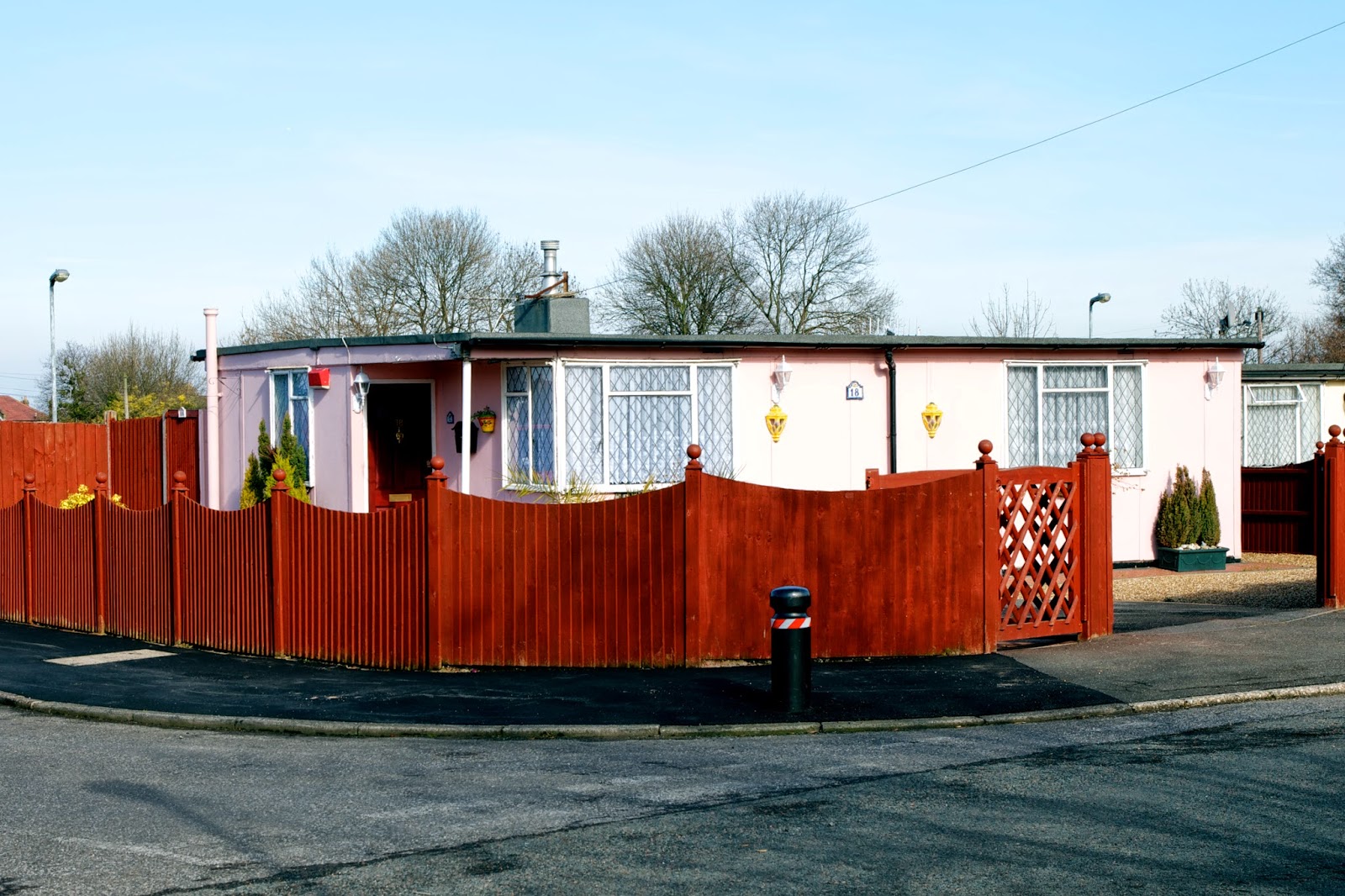 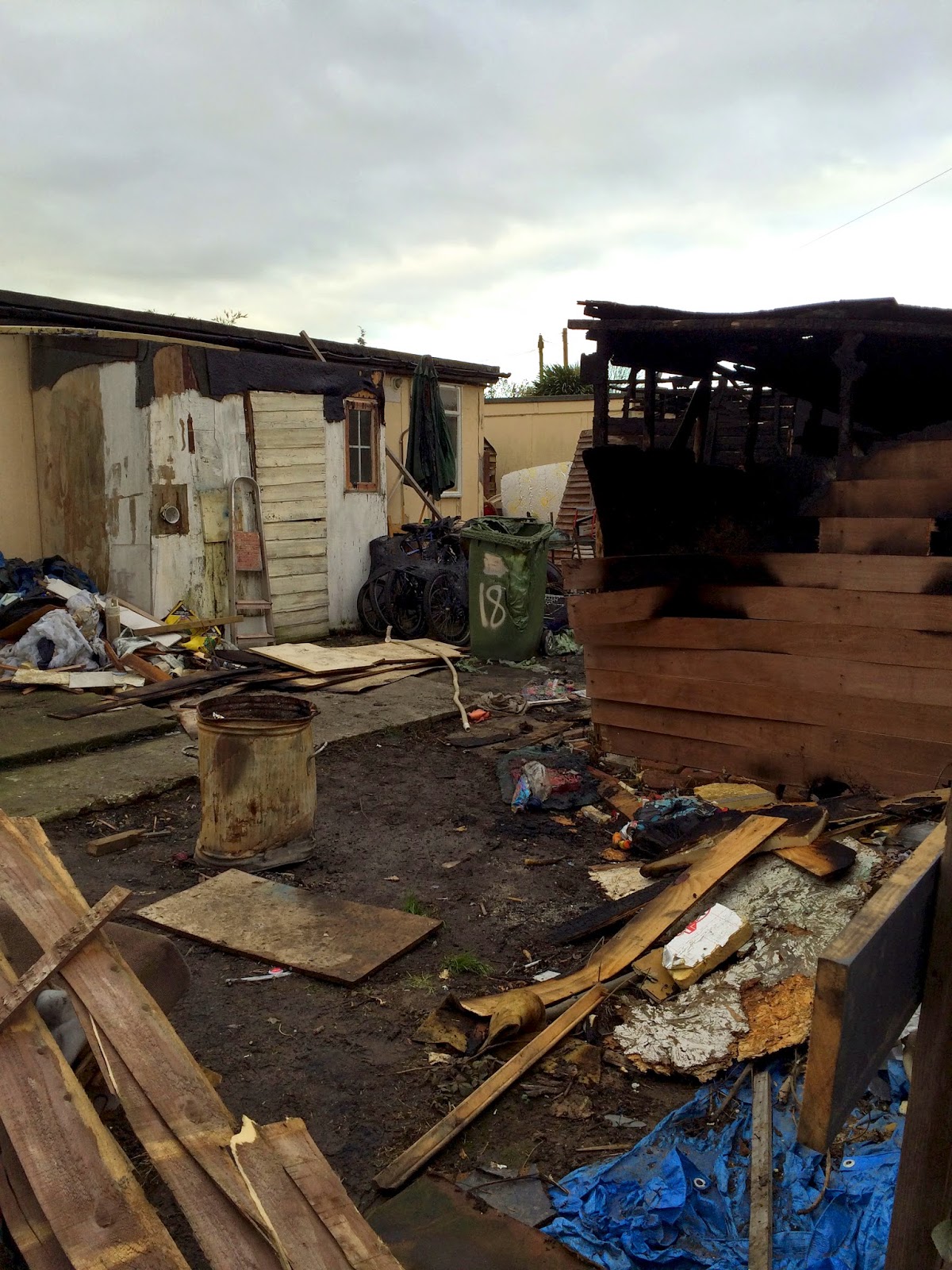 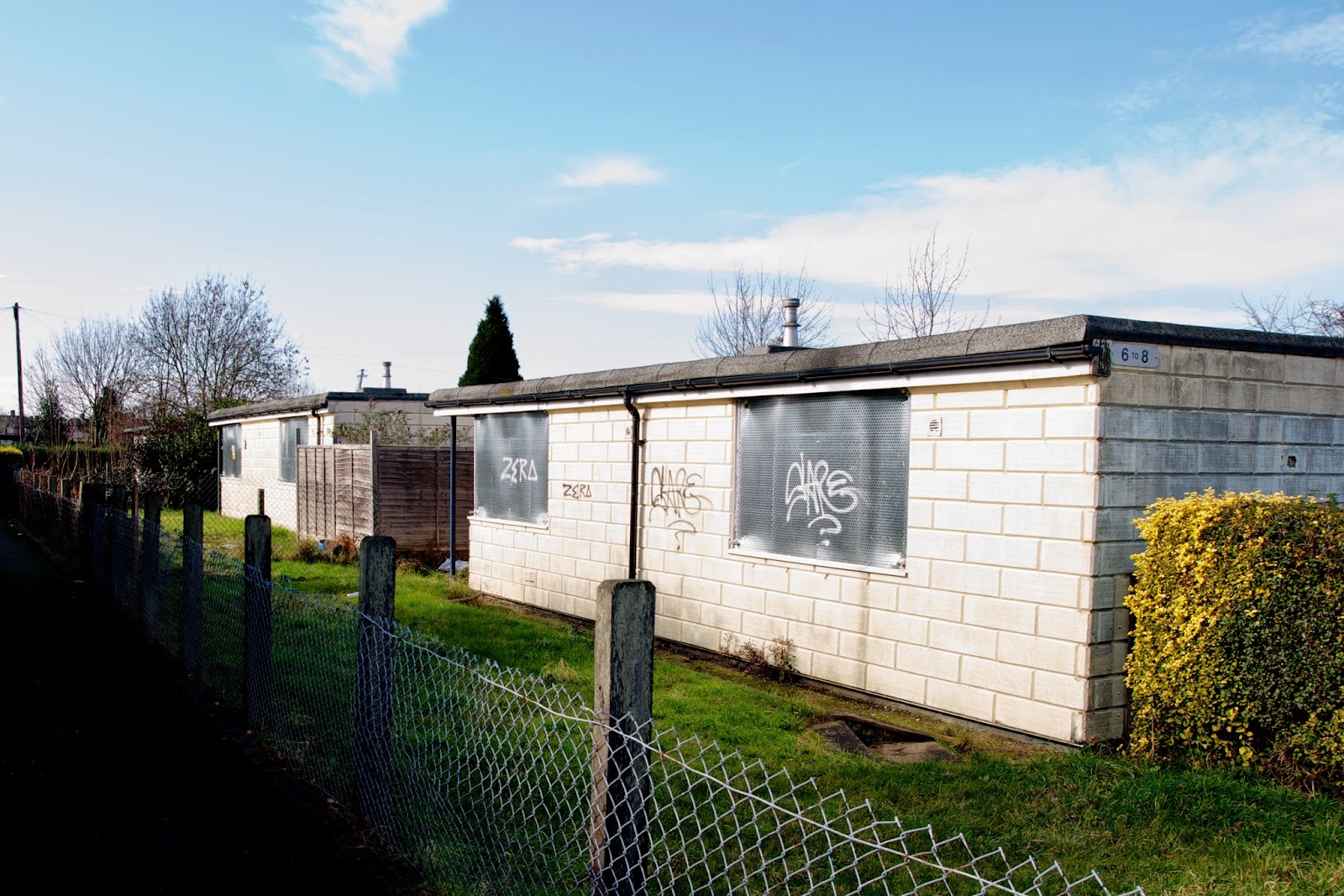 But, never mind, shiny new pop-up housing to house less than a seventh of the families that could be housed here. Yeah! Way to go.

All my prefab pictures are on flickr. I will continue to document the estate's decline, whether the council want me to or not.


Posted by Clare Griffiths at 5:53 pm