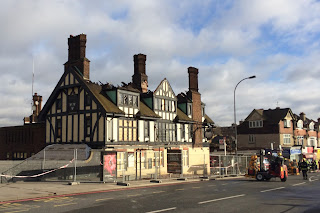 Posted by Clare Griffiths at 4:34 pm

I wonder how the parking works outside the pub tie-in with TfL's proposal to introduce pedestrian lights at the Thomas' Lane junction along with wider changes in that area.

Who cares? Just get the pub open and worry about details like that later. This area's been blighted by indecision for long enough. We don't need any spanners thrown in the works of new developments

It seems a reasonable question to ask, to me. Yes it's important to get the pub open but it's also important it is done right.