13. Lewisham Council advertises for "Change and Innovation Manager", 29 December 2015, 207 views. Not surprising that this only has 207 views given that I posted it yesterday... In fact with 207 views in under 24 hours I have high hopes for this post's future... ;)

12. Catford's "poo patrol" take matters into their own hands, 9 September 2015, 320 views. Perhaps people aren't all that interested in poo after all.

11. Update on the Safer Brownhill Road campaign, 21 January 2015, 360 views. This deserves more attention - a local resident's campaign to get Transport for London (TfL) to install a safe road crossing at the junction of Torridon Road and Brownhill Road in the wake of a particularly bad crash on Brownhill Road where a student was sadly killed. The campaign continues and TfL are currently in the process of carrying out an assessment of the site.

7. Catford Bridge Tavern fire - some pictures and some speculation on what the future holds, 11 March 2015, 757 views. The CBT going up in flames was one of the big stories in Catford in early 2015. The roof and a large part of the upstairs was destroyed by the fire and there was plenty of speculation about both the causes and the consequences. Towards the end of the year the company that owns the pub, Solitaire Limited, announced that they will be applying for permission to redevelop the site, restoring the building and opening at the end of 2016. We live in hope...

5. Don't mention the prefabs - Lewisham Council plans new "pop up" housing, 19 January 2015, 924 views. The new "pop up housing" is coming along. In the meantime, Excalibur is left to rot.

3. Cleverly's Bakerloo bungle..., 14 January 2015, 957 views. Unfortunately, despite the fact that extending the Bakerloo line to Hayes would actually speed up journey times for residents of the Hayes area (the subject of this post), Bromley council refused to back it and towards the end of the year TfL announced that the extension would be going ahead, but only as far as Lewisham. Gutted doesn't quite cover it.

2. Pollution monitoring in Catford and Hither Green - some shocking results, 25 May 2015, 1,057 views. The results of a frankly shocking piece of work I undertook with some friends at the beginning of 2015 showing that all of the Corbett and Culverley Green estates in Catford have moderate or worse air pollution. Unfortunately the council remains entirely uninterested in stopping rat running through the estates.

1. The General Election in Lewisham East, 8 April 2015, 1,280 views. Everyone loves an election. Shame about the result nationally. Still, Heidi did well anyway, she's now Shadow Secretary of State for Health.

A busy year despite the small number of posts. Bring on 2016.


Posted by Clare Griffiths at 3:47 pm No comments: 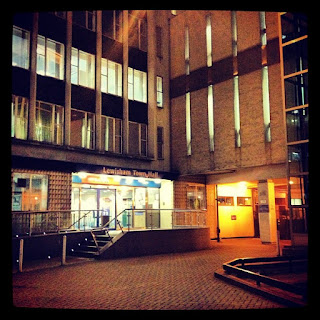 This job dropped into my inbox on Christmas Eve, courtesy of the Civil Service jobs search website email updates and it immediately caught my eye...

It's a secondment to Lewisham Council from Whitehall - the job description is quite short so I've reproduced it below:

"An important role, this is an opportunity to lead complex projects, work with senior members of the organisation, and be at the forefront of issues facing local Government. These roles will play an important part in the overall success of the organisation: To lead complex organisational redesign projects and be responsible for achieving the successful delivery of £85m savings via the Lewisham Future Programme, To lead on and effectively manage multi-disciplinary and multiple project teams to deliver organisational and cultural change across the Council. To advise Heads of Service, Executive Directors and Members and support the Head of Technology & Change to deliver the objectives of the Lewisham Future Programme."

If you're an existing civil servant who fancies a challenge, you have until 18 January to get your application in.
Posted by Clare Griffiths at 5:00 pm No comments: 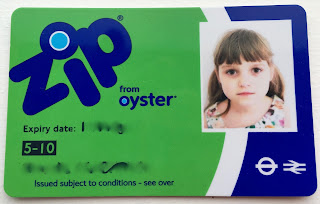 If you're a parent of a 5-10 year old, or you know someone else who is, do let them know about this change! Forewarned is forearmed and all that.
Posted by Clare Griffiths at 3:04 pm 2 comments: