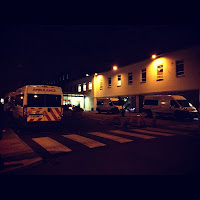 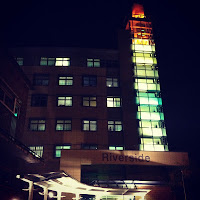 Unless you've been living under a rock for the last couple of weeks you won't have failed to notice that Lewisham's hospital is once again under threat. The administrators of a neighbouring trust - South London Healthcare Trust (SLHT) have produced a report recommending the closure of Lewisham's A&E and maternity services.

Save Lewisham A&E, a group set up by local organisations, residents, doctors, nurses, therapists and patients, arranged a public meeting at the hospital last night where Heidi Alexander, MP for Lewisham East, Sir Steve Bullock, Mayor of Lewisham and Dr Louise Irvine, a local GP and BMA council member, amongst others, spoke about the proposals and what can be done to tackle them.

So what are the proposals? From the executive summary of the Trust Special Administrator's report:

So what does this mean? Lewisham hospital's A&E would be closed and only an urgent care centre would remain. Although the TSA claim this would deal with 80% of those patients currently seen, the reality is likely to be rather different since many people would simply head straight to the hospital with an A&E department. Patients would be expected to use Queen Elizabeth Hospital A&E in Woolwich, a site which is almost completely inaccessible by public transport. Two options are being looked at for maternity services, one of which would keep them and one which would cut them. Given that Lewisham handles 4,400 maternities a year, it's clear that this service is needed, as is a full A&E to be there in case anything goes wrong. 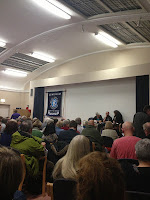 I attended the meeting last night and posted tweets covering the main things that were said.

Needless to say Lewisham's residents want to fight this. So what can we do?

1. Respond to the consultation. This is absolutely critical, we need to beat the administrators at their own game, so responding to this is key. Don't fall into the trap of the leading questions, answer carefully and include your thoughts as write in answers. I will post my responses here too. Save Lewisham A&E have also produced a webpage setting out how to respond.

2. Demonstrate. First at Woolwich Town Hall next Thursday (15th November) between 5:30 and 7:30pm as the Trust Special Adminstrator Matthew Kershaw addresses Greenwich Council on these proposals (I'm not sure when or if he's addressing Lewisham Council....). Then on 24th November there is a march starting at Loampit Vale at 2pm and moving to the hospital for a hands around our hospital demonstration at 3pm. 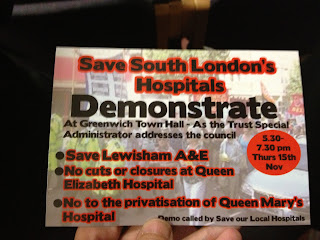 3. Sign the petitions. There are two petitions, one set up by Heidi Alexander MP and another on the e-petitions website.

4. Attend one of the public meetings and tackle the TSA directly on this.

It's vital that we each do what we can to help.
Posted by Clare Griffiths at 3:04 pm