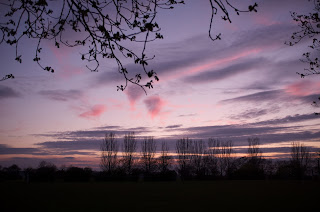 Still, people love a league table, reliable or not, so the press and public were all over this story last week and of course Lewisham council's very own rentaquote was on hand to call for the Mayor's resignation over the figures. I'd argue that this is a disproportionate reaction and the Lewisham is no worse than other inner London areas. One of our local MPs, Heidi Alexander, has a more measured approach arguing that, "for most people, most of the time, Lewisham is a safe place to live." That doesn't mean that things shouldn't be done to tackle youth and gang-related crime, but these initiatives need to cross artificial borough-based boundaries and look across London for solutions, and this is where league tables simply do not help. Organisations such as the Jimmy Mizen foundation are working tremendously hard to put a stop to youth violence and these simply don't get a mention in the peace index report, which prefers to start its section on Lewisham with a reference to something which happened in 1977. By all means use data to start a debate, but at least make sure it's robust, and that you do your research into what's going on the ground now, before pontificating!
If this index is produced again next year, lets see just how different the figures are year-on-year before singling out Lewisham for criticism!
Posted by Clare Griffiths at 8:42 pm

Lived in Lewisham for 26 years and never felt threatened ... Its a lovely borough with lots of very nice parks

Was born and raised in Lewisham though I don't live there any more, and never found it less safe than the other places in London I've lived. My first question about the stats this is based on was "what time period is this for?", because if it includes summer 2011, then Lewisham and anywhere else affected by the riots (a one-off event) are going to have their public disorder figures and possibly violent crime stats inflated by that. I'm sceptical to say the least.

This article provides an important health warning on the use of statistics - well done. On the other hand, being the top of the pile for that set of measures is not exactly comforting for a parent bringing up kids in schools that at random might contain the next generation of muggers, knife carriers, gang members, abuse-traumatised psychotic ragers. The more of those there are in Lewisham's population, the more at risk my children are.
Having said THAT, a very important measure should be whether most crimes are commmitted by a tiny core of extreme repeat offenders, or a bigger set of offenders.
and finally, I wish people would remember these stats when complaining about the use of stop and search. Complain about disproportionality, yes, (preferably if you actually *understand* it), but please remember my children need protecting.

I moved fom the leafy New Beckenham to Lewisham last year and feel no less safe here than anywhere else I've lived in London, or in fact anywhere else. I walk everywhere and use public transport with no problems. Well written blog and good points about the stats.