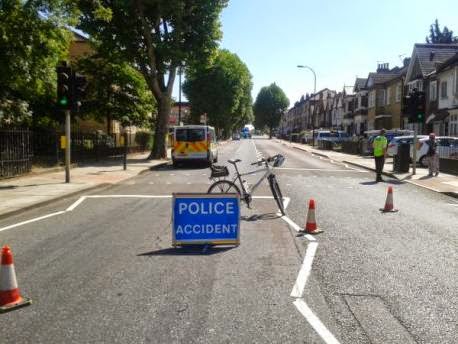 Natasha plans to push for the review to happen sooner, rightly pointing out that a year is an awful long time to wait. Watch this space, and well done to Natasha for getting this on to the agenda at all!
Posted by Clare Griffiths at 7:30 am

The proposed provision of advance warning signs of the zebra crossing is totally ridiculous. If there was a visibility issue with the belisha beacon globes then fair enough but there isn't. This is just TfL's way of trying to placate the public rather than doing something useful and is totally out of keeping with any street clutter reduction programme that TfL have. Andrea.