Why I hate 3D pie charts - the case for PR 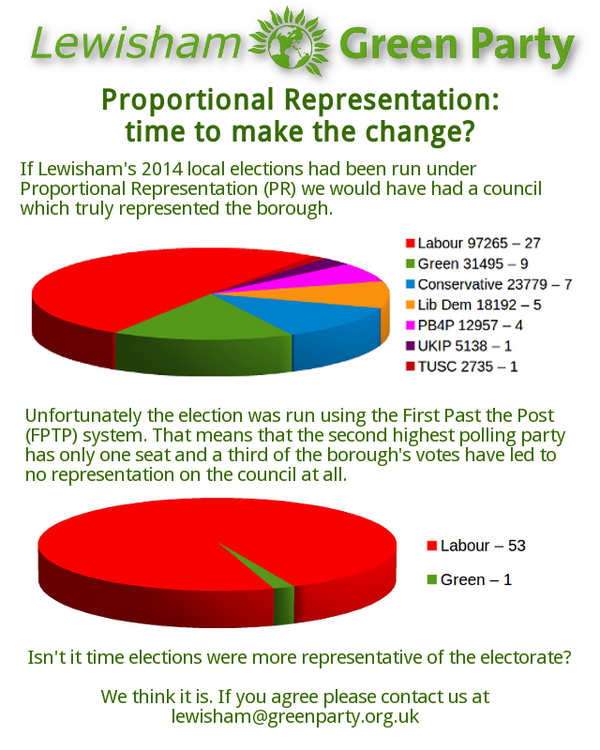 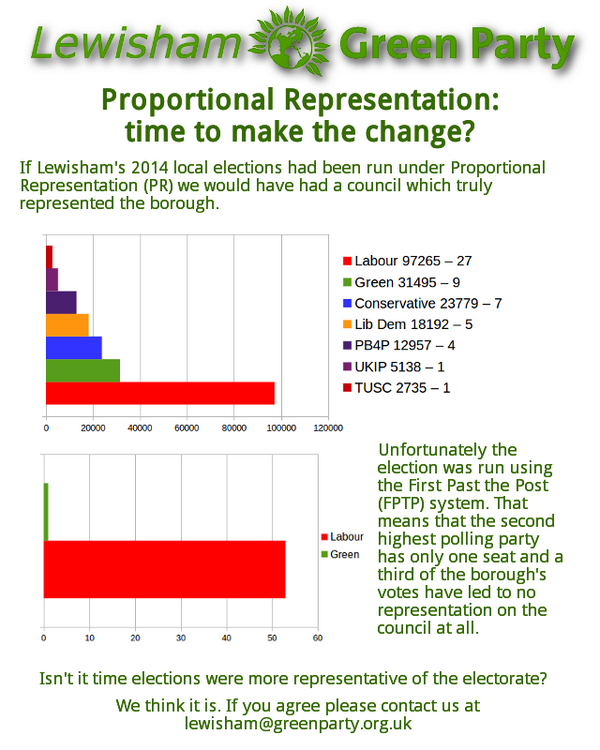 They both show the same problem - the lack of representation of all the votes in the council elections in the number of seats allocated to each party. But the second chart, with the bars, allows you to immediately see the vote share for each party. The first, with 3D pies, exaggerates the size of the pies at the front, and makes it impossible to see the distribution of the smaller parties without referring to all the detail in the key. In the second you can see at a glance the ordering and size of the parties. (The pie chart is also technically not correct, as it forces the 7 parties' share to add up to 100%, which of course they don't, because there were other candidates standing, plus spoiled papers and so on. The bar chart doesn't force this.)

The case seems pretty clear to me - a party that obtained around half the available votes was rewarded with all but one of the available seats. And the LibDem electoral meltdown involved them obtaining around 9% of the votes. The Tories got about 12% and also obtained no seats. Poor old People Before Profit, with almost 13,000 votes, about 7% of the voting share, also came away with nothing to show for it. Clearly Labour are the dominant party, however you look at it, but I argue that a balanced council is much better for scrutiny than one with only a single opposition councillor. And as for bloggers providing that scrutiny, when the council were asked when the next public questions (and chance for us to scrutinise) would be, we were told September. Bearing in mind the last full council meeting was in February, that's 7 months where we can't scrutinise the council in public. Hopeless.

And what about the celebration of the single Green councillor that we've seen all about the place? The Green share of the vote in Lewisham in 2006, when they had 6 councillors, was 16%. It's now also 16%, but they have 1 councillor. I'm not sure that's a great cause for celebration.

{ETA: thanks to Lewisham Green Party for typing in all the data from the pdf files the council put online with the results, modern government eh? And also thanks for producing the charts from the data!}
Posted by Clare Griffiths at 10:27 am

Clare, proportional representation would be totally inappropriate for a local election as it would not take into account the work of local activists in individual wards There are individuals across each party in each ward who have a strong personal vote which draw a large number of people in localised pockets to vote for them, this would be completely lost if you went to a pr system. Additionally to use figures from a plurality at large election to make a point for proportional representation is statistically irresponsible. It is like comparing apples and pears, for the analysis to be statistically sound you must only compare like for like, the graph produced by the Green Party is in reality useless. The only way you can have any meaningful analysis is if you have all the ballots and look at the block voting. I suggest that you refer to Patterns of Democracy by Arend Lijphart as a starting point into studying different political systems and voting patterns.

And I always thought Labour were against PR and for FPTP because it's good for them, it turns out it's out of good heart and respect for the little man that puts in the work knocking on doors in the wards.

There are options on PR that would allow a mixture of candidates linked to wards and a list vote, similar to that used in the London assembly. It's not an "all or nothing" approach.

I agree the issue of block votes and split ballots isn't tackled by simply looking at vote share, but vote share gives an idea.

Minor nit - on the second bar chart, I'd be inclined to keep the bars the same width as the first for consistency and to avoid the sense of existential unease I get from the second one which misleads the heart by showing a greater area.